Creativity is an altered state of consciousness.
When an artist enters this dimension, he perceives some kind of thought-forms, or archetypes, which he then translates, according to his sensitivity and technical skills, into artworks, transporting them into a material plane accessible to everyone.
My painting El sueño was born after seeing one of Francisco Goya’s ‘black paintings’, Atropo and Las Parcas.
I immediately recognised the presence of one of these ‘thought forms’ in the Spanish Master’ s masterpiece, and so I was able to re-propose it, bringing it into the present day and according to my own style, as a sublimation.
By sublimating the original subject, the artwork frees its energy and the profound meaning it contains, forming shapes with the collage that, floating on the gold background, overcome the limits of time and space. 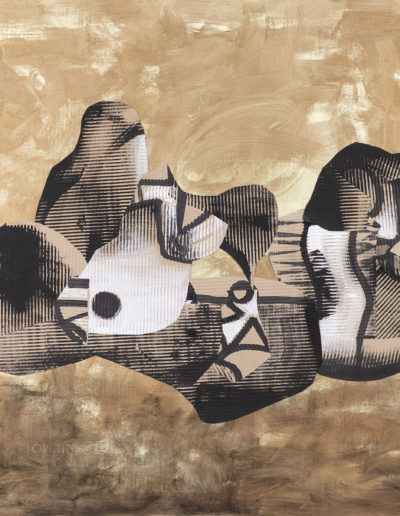 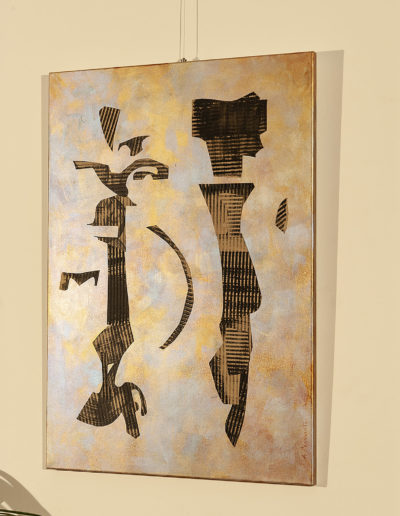 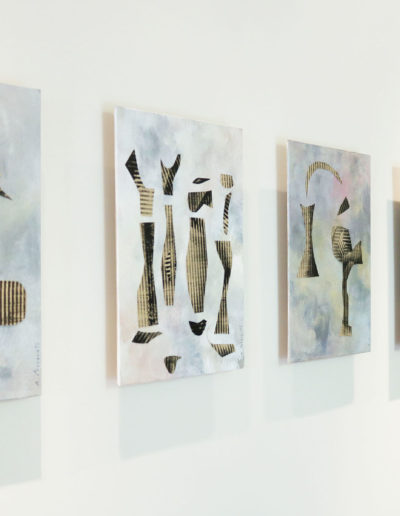 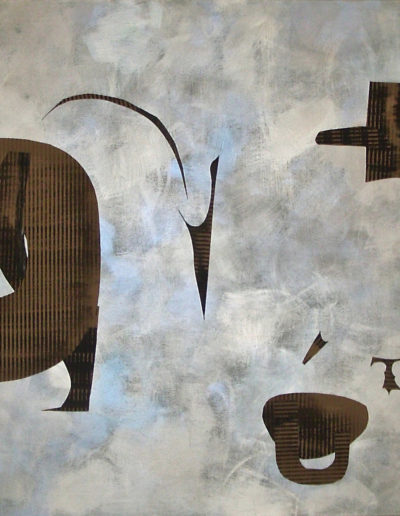 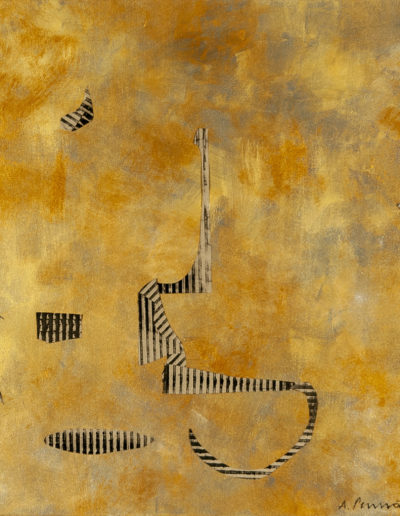 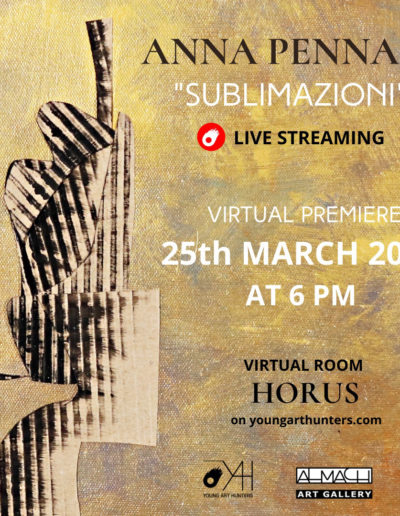 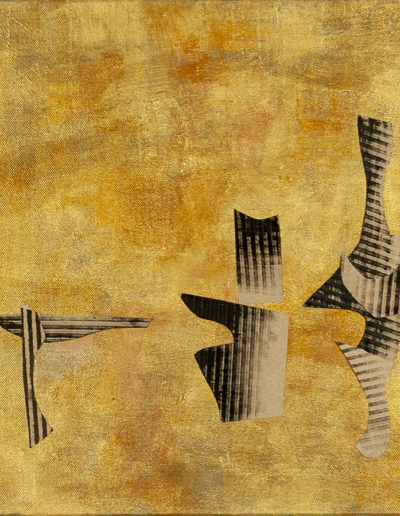 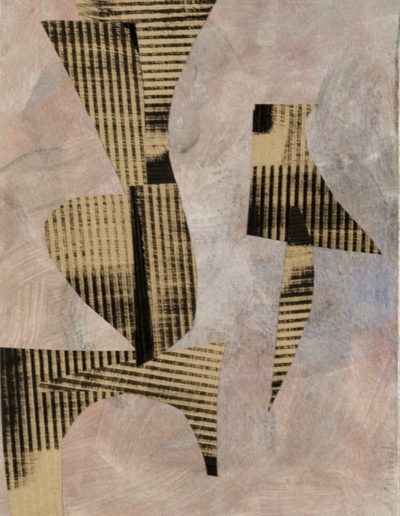